The United States SailGP Team redeemed a lackluster start to the inaugural day of racing at the Singapore Sail Grand Prix, earning its second race win of the season and capturing crucial points to stay in the hunt for Sunday’s podium race.

With the light wind conditions, only two races were completed. Race management mandated the F50’s into their light air configuration with 29-meter wings and only four athletes onboard instead of the usual six, resulting in returning Flight Controller Rome Kirby shifting roles, moving forward. 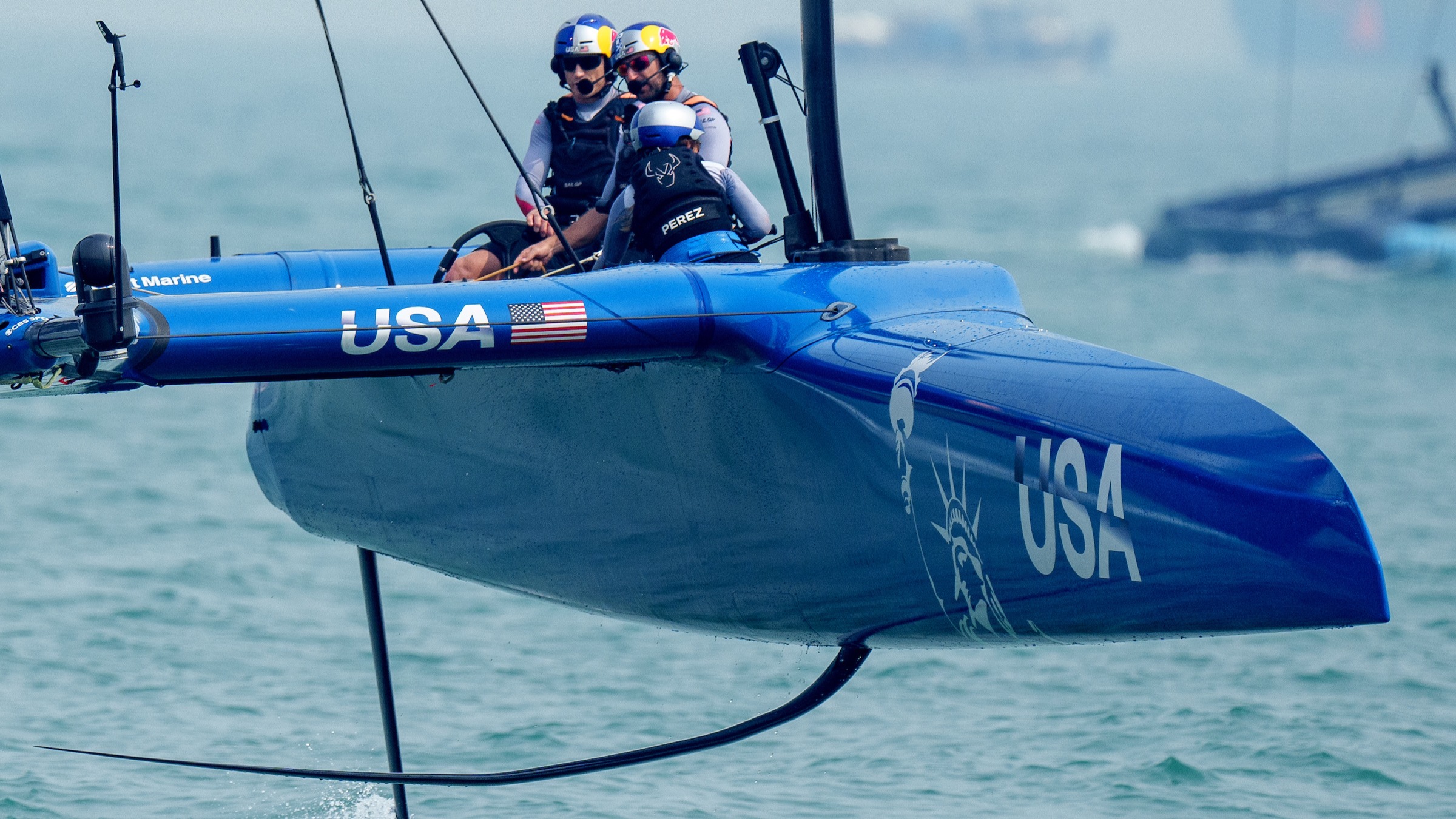 “In this light stuff, I'm actually forward trimming the jib and it kinda turns into a bit more of a strategy role,” Kirby said. When asked if he was the one who spotted the wind shift in the second race that helped to cement the victory, he downplayed the call. “Sometimes, it’s better to be lucky than good; but I think overall, we got around the track in good shape.”

At the start of race 1, the American F50 led the fleet toward the start line but needed just a half second more on the clock to clear the line. The resulting over-early penalty sent the United States SailGP Team to the back of the fleet. The shortened race course didn’t give the team enough runway to recover, and they ultimately finished in eighth place.

The team rebounded for the second race with a clean start and strong tactics, earning their second SailGP race win of the season. Despite the non-foiling conditions, Kirby said it was awesome to be out on the F50.

“It's a blast being back with the team and we finished the day off with a first, which was nice, so it's good,” said Kirby.

The U.S. SailGP Team currently sits in fourth place, just one point out of the top three. Australia, Great Britain and Canada are currently leading the fleet, but with at least two more fleet races planned tomorrow before the final podium race, it’s for all to play.