While most 29-year-olds are settling into their careers, Rome Kirby is finding himself in charge. He’s leading a talented team of young guns on the United States SailGP Team competing for a million-dollar prize in the hottest racing league in the world.

For Kirby, sailing is in his blood, his father Jerry is a legend in his own right, with three Volvo Ocean Races and seven America’s Cup campaigns under his belt. Challenge on the water is no stranger to the Kirby family. But despite his family legacy and fame, Jerry never pushed Rome to pursue a professional career.

“I fell in love with the sport, I also played serious hockey growing up, I think he would’ve rather seen me play professional hockey, but it wasn’t in the cards. My dad has been a massive influence on me.”

During the Volvo Ocean Race six years ago, he stayed calm and collected when the mast of Puma’s ‘Mar Mostro’ came down. In the following years, he was part of the team that made one of the greatest sporting comebacks to win the America’s Cup. He was a reserve tactician for the 2017 America’s Cup and most recently did another lap of the planet with Team Brunel in the 2018 edition of the round the world yacht race.

The past couple of years have shaped the American skipper into the fierce competitor now at the helm of the F50 emblazoned with the stars and stripes colors. And despite suffering some growing pains on Sydney Harbour, Kirby and his All-American team are ready to come back with a vengeance at their home venue.

“As you saw at the last event, we had our growing pains, but we’ve shown we can mix it up with the front runners. We’re not setting any massive expectations. We want to win. That’s always our goal. But it’s a long season. For San Fran, our biggest focus is doing the basics right and being consistent.”

The comradery between Kirby and his teammates is evident to anyone who has seen the group interact. Whether it’s helping each other adjust their sailing kit, or poking fun at each other during a less intense moment. Open communication is the glue that keeps the teammates moving forward.

“Our approach to how we sail the boats comes down to how we communicate on the boat. Just trying to simplify the game, these boats are so fast and so technical, if you try to make it more complicated than it already is, it’s going to be impossible to sail. We’ve worked on communication and boat handling and really developing our group.” 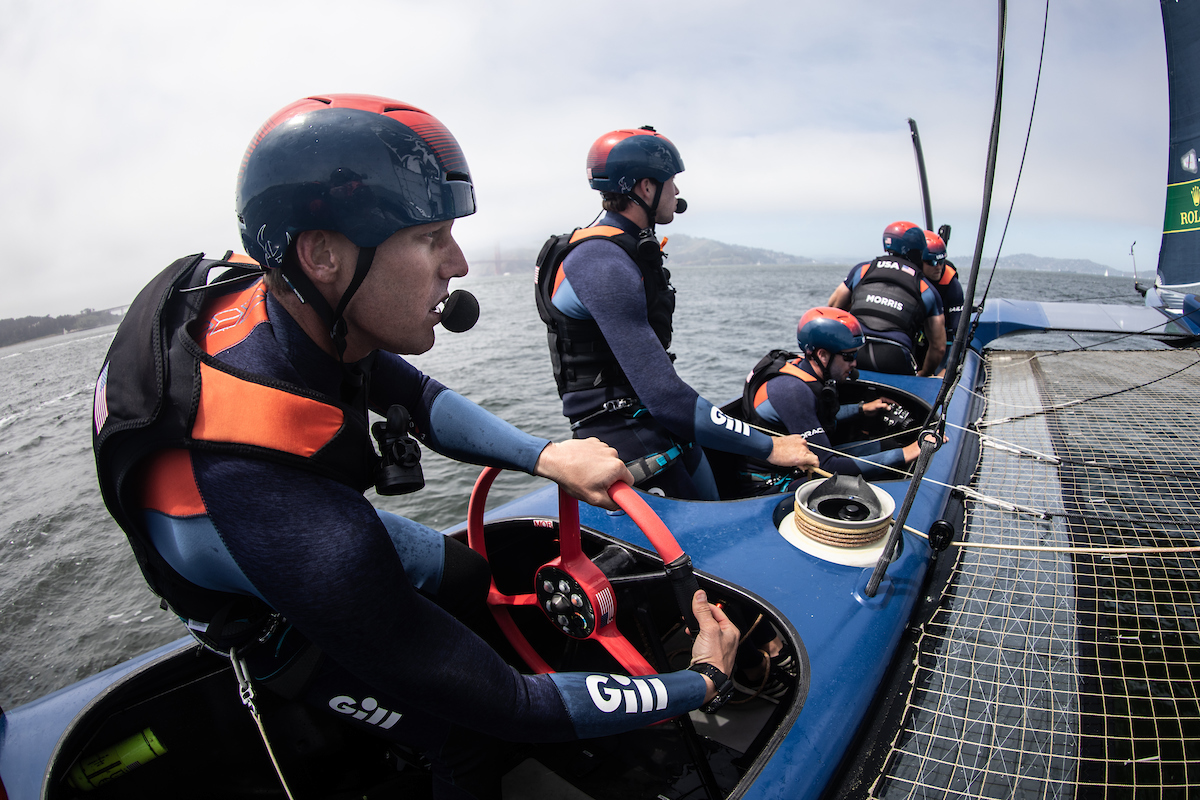 Kirby and his young team are on the cutting edge of their sport facing down the most talented athletes in the sailing arena, but the group has a lot of respect for one another and belief in their abilities. Every minute on the water, every second of flight time on the foils is an investment for the squad.

“It’s not one of us that does anything better than the other, I think we all depend on each other. Especially in this boat, it highlights that you have to have really good communication and you’ve got to be a team. If you don’t operate as a team, you’re not going to have success. You definitely rely on the guy next to you.”

The team is stronger than before, has the home advantage and more time in the boat means a more cohesive team, a factor which will definitely play in on San Francisco’s iconic venue.

“Definitely we will see higher boat speeds and bigger wipeouts. In San Fran, you’ve got to get off the line, and the biggest thing is it’s going to be very focused on boat-handling.”

While the competition is tough, it’s certain the young guns will be in the mix, and pushing hard in front of their home crowds.