The road to the Grand Final

In February of 2019, SailGP introduced sailing redefined to the world on Sydney Harbour. Six supercharged F50 catamarans, the most technologically advanced race boats in the world, took to the water to kick off the inaugural season of SailGP. Spearheaded by Larry Ellison and Sir Russell Coutts, the new championship would pit six world-class, national teams against each other for a million-dollar prize.

This month, the first season of SailGP will conclude, and one team will be crowned the first-ever champion of SailGP and take home the $1 million prize. What better time to take a look back at the highs and lows and recap the Season so far. 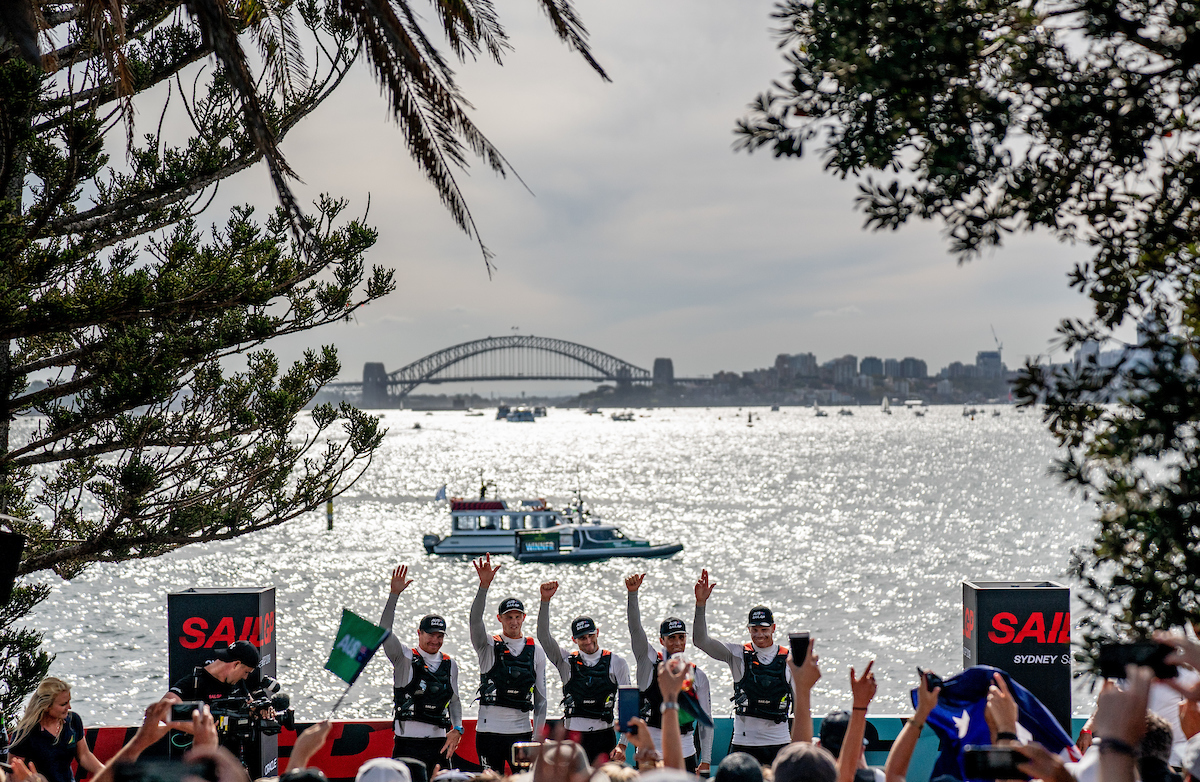 Sydney SailGP started with a strong showing from Nathan Outteridge. The helmsman of the Japan SailGP Team dominated racing on day one, and was perfectly poised to capture the Sydney title until the Australia SailGP Team turned the tables. Spurred on by the home crowd, Tom Slingsby came out firing. Showing the determination that makes him an Olympic champion, Australia were quick off the start line on day two to secure their place in the Sydney match race.

It was Japan versus Australia in the final race, foreshadowing what we would see time and time again throughout the season. Australia came from behind to win the opening event and a rivalry between longtime friends and former teammates, Slingsby and Outteridge, was born on Sydney Harbour that would continue all season.

“We don’t take losing lightly, and that first race of the event shot us into gear,” Slingsby said. “I couldn’t be happier with how today went. I hold my team to a high standard, and they over-delivered.” 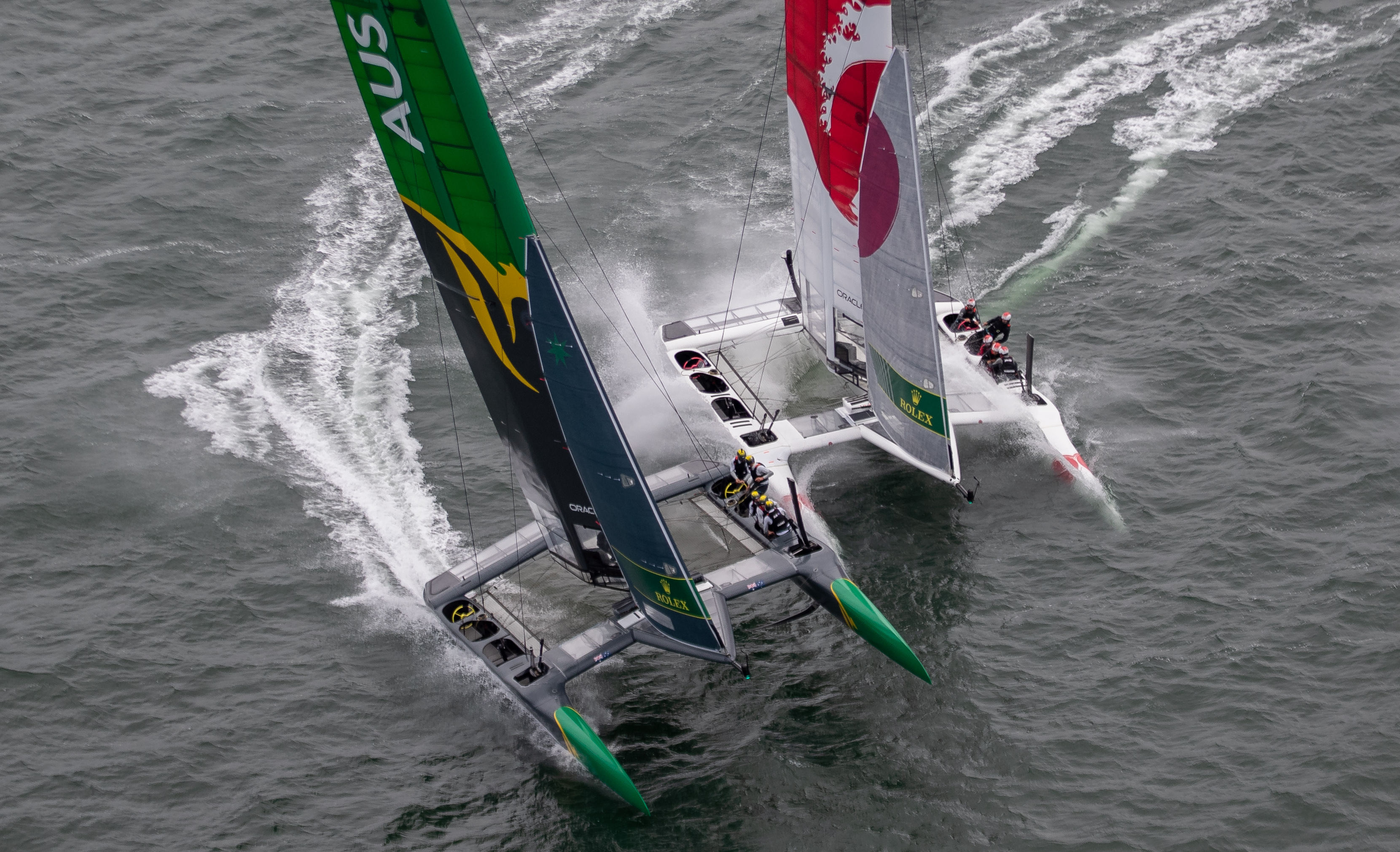 After the calm of Sydney, San Francisco lived up to its name, delivering spectacular conditions that provided the ultimate test of skill and stamina for the elite athletes racing on the world’s fastest race boats. High winds showcased the stunning capabilities of the new F50 class which reached speeds of over 45 knots just a stone’s throw from the crowds of spectators that lined the shore along the bay.

Slingsby had a repeat performance as the comeback kid. After a disappointing first day of racing, Slingsby and his team dug deep and came back once again on day two to defeat Outteridge, who had won all three races on day one. Rome Kirby’s United States SailGP Team was desperate to score a podium finish at its home-water debut, but couldn’t quite connect the dots, finishing in fourth behind the British, who earned the ‘most improved’ title for its performance over the weekend in San Francisco. 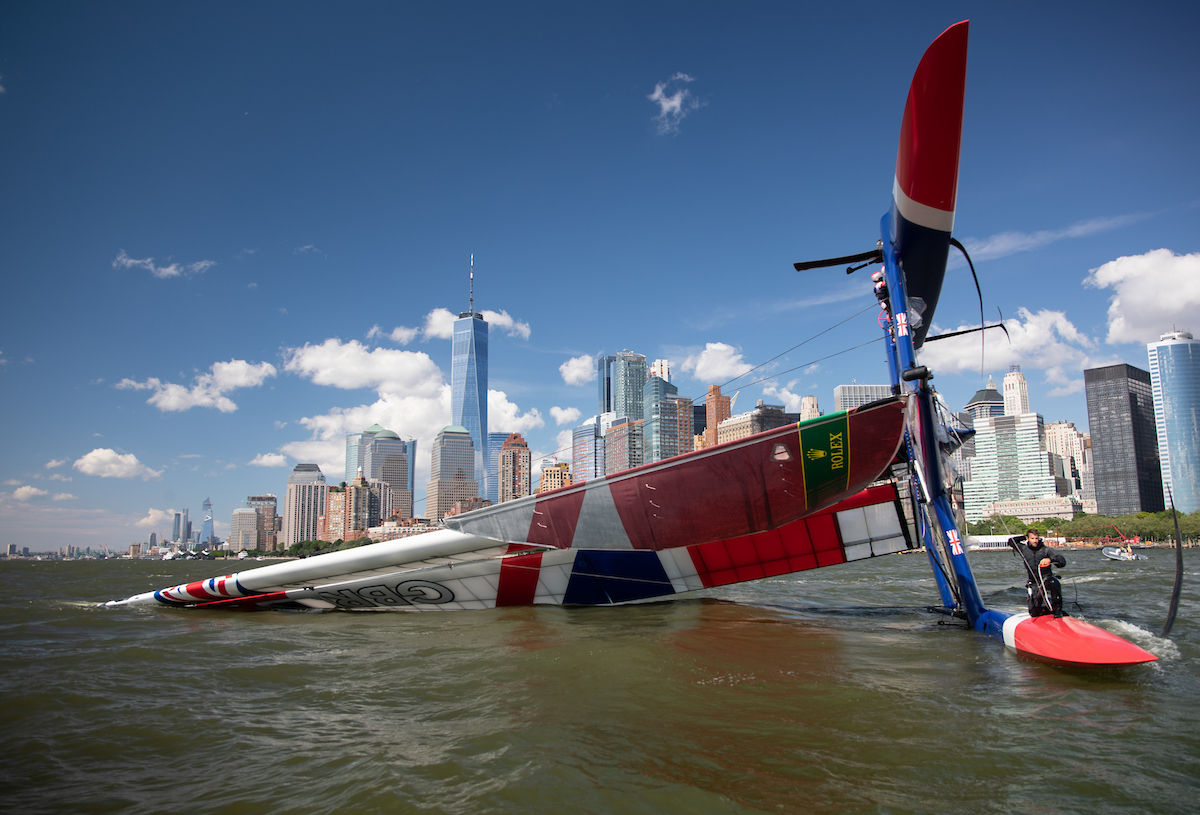 The U.S. team would redeem itself at the third event in New York City a month later, when the team scored its first race win in front of more than 30,00 New Yorkers cheering on the Lady Liberty branded F50.

“The boys were pretty fired up to go racing today, and it showed,” said Kirby. “To win a race is awesome, but we want to win events. But we’re happy to be on the podium, and it was awesome to see the crowd out there.”

New York City’s Hudson River racecourse proved a different challenge than San Francisco; the urban landscape led to challenging racing conditions, rewarding teams that used their tactical knowledge rather than gunning for top speeds. In a dramatic moment pre-start, the league’s first capsize happened when the British team were overpowered in a big gust, forcing them to retire them from racing for day one.

Ultimately, it was Outteridge’s collected attitude and ability to read the racecourse that earned him his first win of the SailGP championship, exacting revenge on the Australians in spectacular fashion and with an impressive lead. The season was far from a done deal. 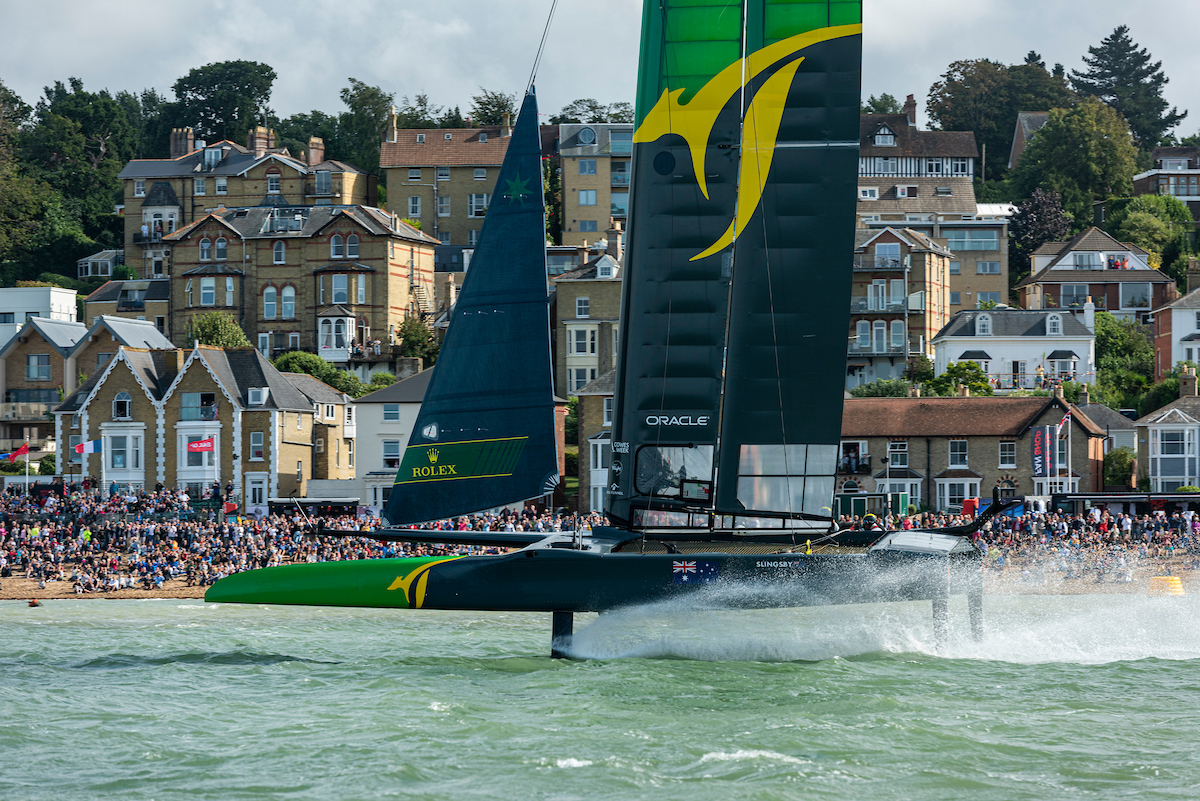 Onto Cowes SailGP - the championship’s European debut. Hungry to impress on home soil, Dylan Fletcher’s British team were the first to launch and during training became the first boat to break the elusive 50 knot speed barrier.

The high winds meant fans had to wait a day before they could see the team’s race, but it was worth the wait.

There was high drama when Kirby’s young American team capsized 30 seconds into the first race. A phenomenal effort by the shore and technical teams saw the boat righted and after a damage assessment, ready for race two.

They weren’t the only boat to suffer damage, the Japan team managed to get around the racecourse but at half power capacity after breaking its starboard grinding pedestal. The final casualty of the day was the home favorites. A dramatic nosedive during a maneuver saw the boat submerged in water and wing trimmer Chris Draper up-ended. Luckily the crew were safe, bar a few bruises, but the boat had come of worse and the damage was too severe for the team to take part in the remainder of the racing.

Both the French and Chinese teams showed huge improvement and recorded their best scores to date. However, one team that excelled in the conditions was Slingsby. Despite having the least amount of time training in the boat, after damaging their wing in practice earlier in the week, Slingsby delivered a masterclass. The Australians won all three races and became the first team to break 50 knots during racing.

After four events, it is 3-1 to Slingsby and all eyes are now on the Grand Final in Marseille with the podium far from decided and a close fought battle guaranteed.