SailGP to return to San Francisco, New York in Season 2

NEW YORK – October 28, 2019 – SailGP will return to two iconic U.S. shorelines in 2020, with Season 2 grand prix events set for San Francisco and New York. The U.S. leg of the global championship’s sophomore season will debut May 2-3 on San Francisco Bay, before the Hudson River and Manhattan skyline test SailGP’s national teams on June 12-13 at Brookfield Place. The American events will serve as the second and third stops of Season 2 for the league, following its inauguration in Sydney at the end of February. Tickets will go on sale for San Francisco SailGP in January 2020, with New York to follow.

Rome Kirby and his all-American squad will be looking to add to their first race win during the 2019 New York SailGP, as they once again take on SailGP Season 1 Champion Australia, as well China, France, Great Britain and Japan. The league plans to add at least one additional team during Season 2. 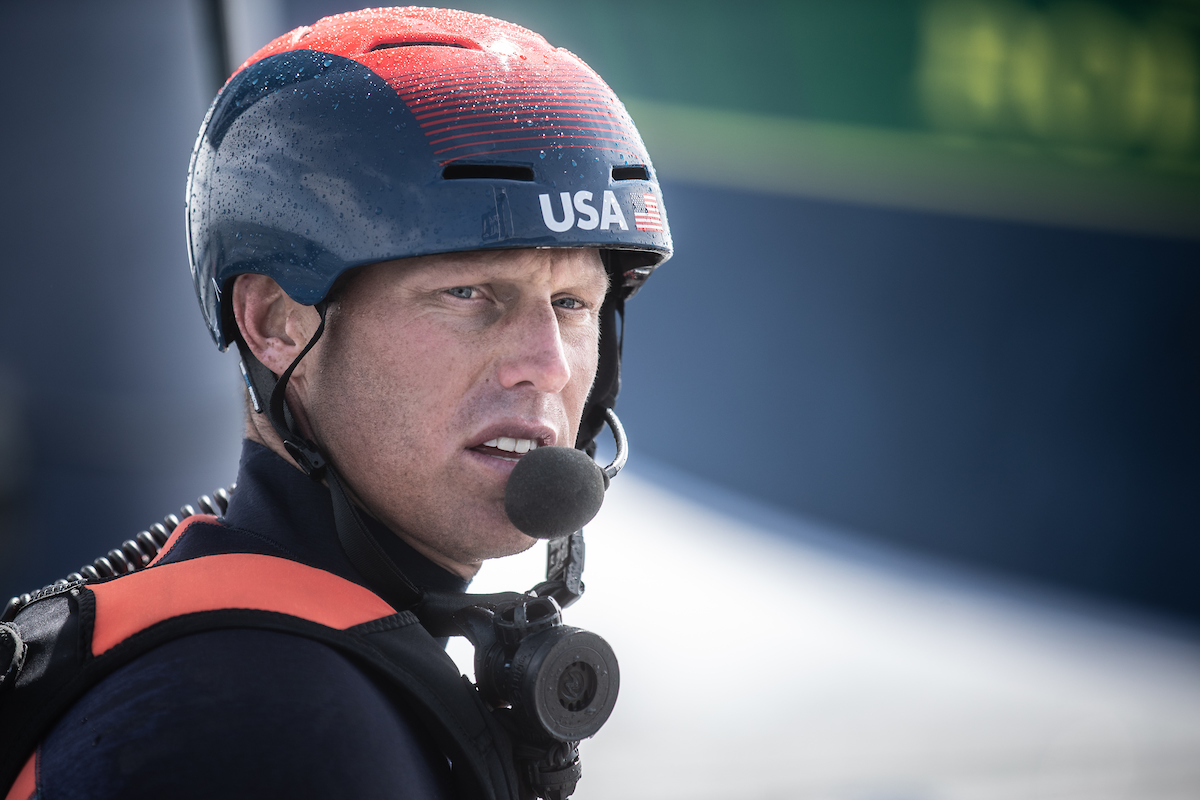 “We were able to see American flags waving and hear the cheers of the shore-packed crowds at both U.S. stops last year,” said Kirby. “It was like nothing I had experienced before, and propelled us to our first victory. For those who haven’t seen SailGP yet, it’s not at all what you might expect – it is the new pinnacle of our sport and I very much look forward to sharing it with home crowds in San Francisco and New York next year.”

San Francisco Bay – widely regarded as one of the world’s top sailing venues due to its consistently strong sea breezes – will welcome SailGP back to the Marina neighborhood on the northern edge of the city, with the shoreline acting as the racecourse boundary for the intensely thrilling action. The weekend racing will again feature a grandstand on the Marina Yacht Club Peninsula just a couple hundred meters from the finish line for fans to witness what is expected to be the fastest racing to date. Last year’s first-ever U.S. event in the Bay sold out its land-based ticket offerings, attracting 22,000 spectators with an economic impact of $19 million to the city and total global audience of 327 million. 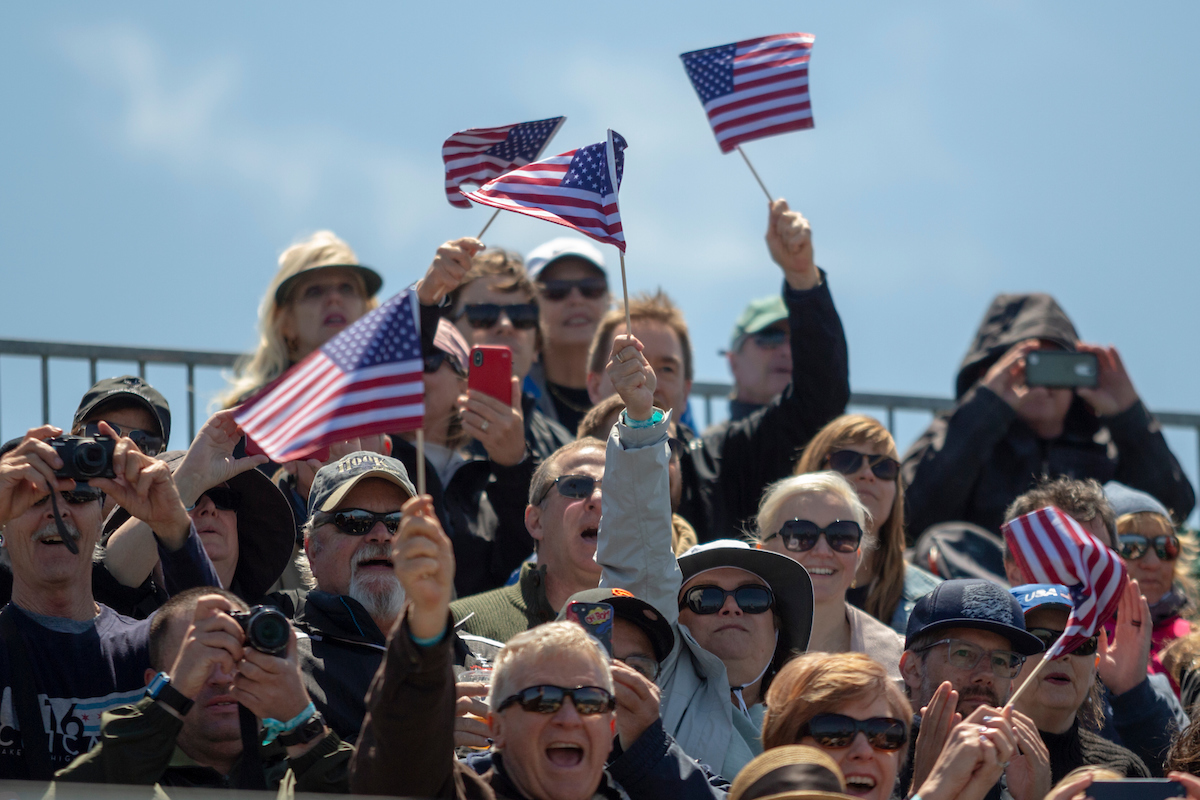 Just 40 days following the conclusion of San Francisco SailGP, the F50 catamarans will be unleashed on the lower Hudson River, as Brookfield Place in Battery Park City hosts its second edition of the supercharged racing event. Earlier this year, New York saw SailGP’s first capsize, as the strong winds threading through the Manhattan skyline proved too much for the British entry. New York SailGP had the largest crowds of the season, with more than 40,000 people lining the banks of the Hudson during the two-day event. The 2020 event will take place in the early evening hours, allowing Lower Manhattan businesspeople and families alike to enjoy the racing that delivered $25.4 million in economic impact with a total global audience of 344 million in 2019.

“The United States offers some of the best locations for our unique style of high-octane racing, which satisfies both the thrill-seeking adrenaline junky and those looking for a first-class lifestyle affair,” said SailGP CEO Sir Russell Coutts. “San Francisco and New York are the perfect backdrops for our young audiences, offering fans from near and far a not-to-be-missed experience in two of the world’s best cities.” 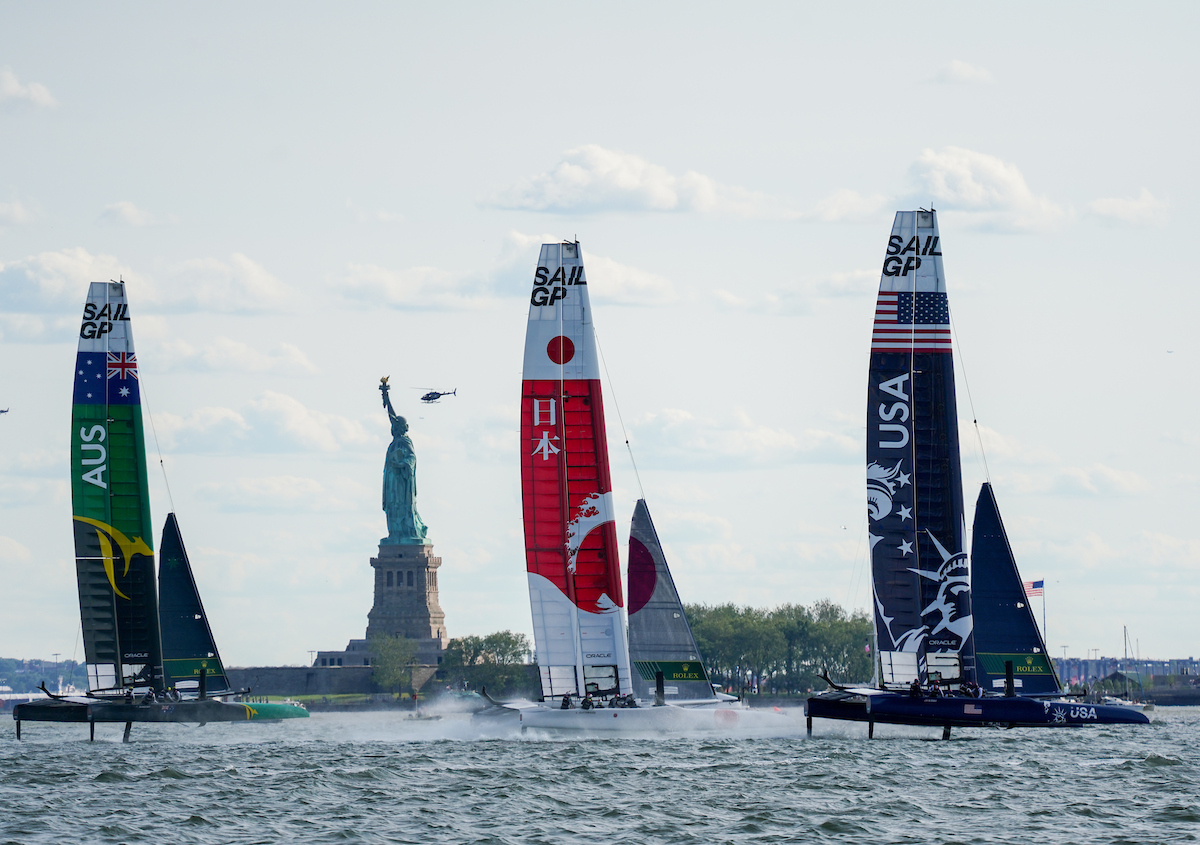 SailGP’s F50 catamarans are the fastest and most technologically advanced sail race boats in the world, having made history by breaking the sport’s elusive 50-knot speed barrier during Season 1. They are capable of flying above the water at nearly four times the speed of wind, only powered by nature and the world-class athletes who pilot the boats. SailGP features Olympic, America’s Cup and world champions, including many who have qualified or are vying to represent their countries at the Tokyo 2020 Olympics.

SailGP Season 1 featured five events around the globe – Sydney, San Francisco, New York, Cowes (UK) and Marseille (France). The Australians held the upper hand over the rival Japanese team and the rest of the fleet much of the season, which culminated with a single, 10-minute match race between the top two teams to determine the historic first-ever champion. Just over a month ago, Olympic and America’s Cup champion Tom Slingsby and his Australia SailGP Team earned the Season 1 title and a winner-takes-all prize of US$1 million with a victory over Japan in the Championship Final Race in Marseille.

The remainder of the Season 2 schedule will be announced in the coming months.