Australia rose to the pressure of light wind racing and losing wing trimmer Kyle Langford to top the leaderboard after the first day of racing in Singapore. 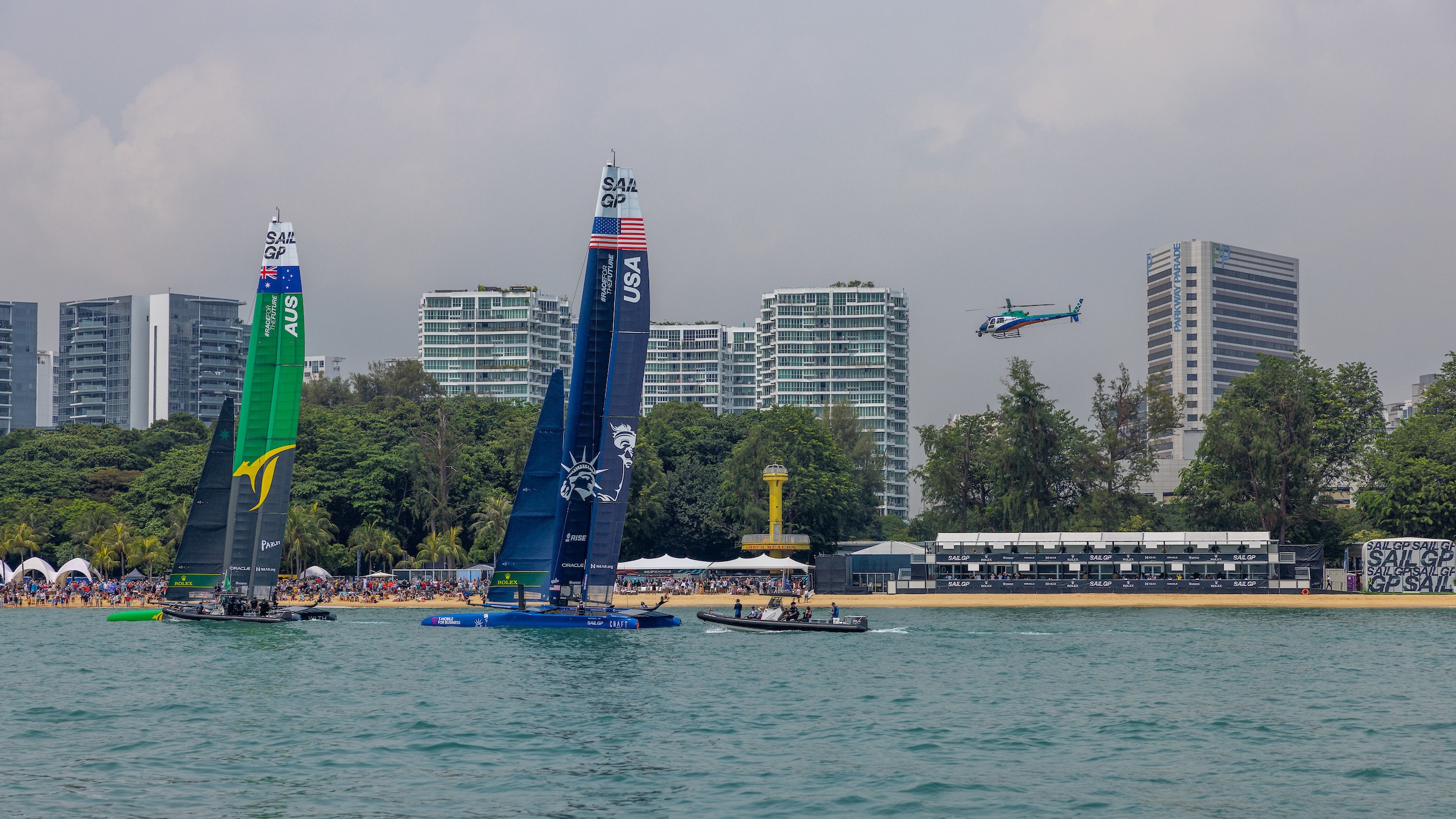 It comes after many predicted the Aussies to struggle after losing wing trimmer Kyle Langford to injury, with ‘super sub’ Ed Powys stepping in instead.

Speaking after racing, Slingsby said he was ‘very happy’ with the team’s performance.

“The starts were very stressful for us, even though we’re not moving fast. We only got to the line half a second late on the first race and just got on the line in time for the second race too - we’re lucky with some of those starts but fortunately it paid off for us.”

Patchy, light winds resulted in a frustrating delay of almost 50 minutes to racing and forced crews to drop down to a four-person configuration to multitask a variety of roles. 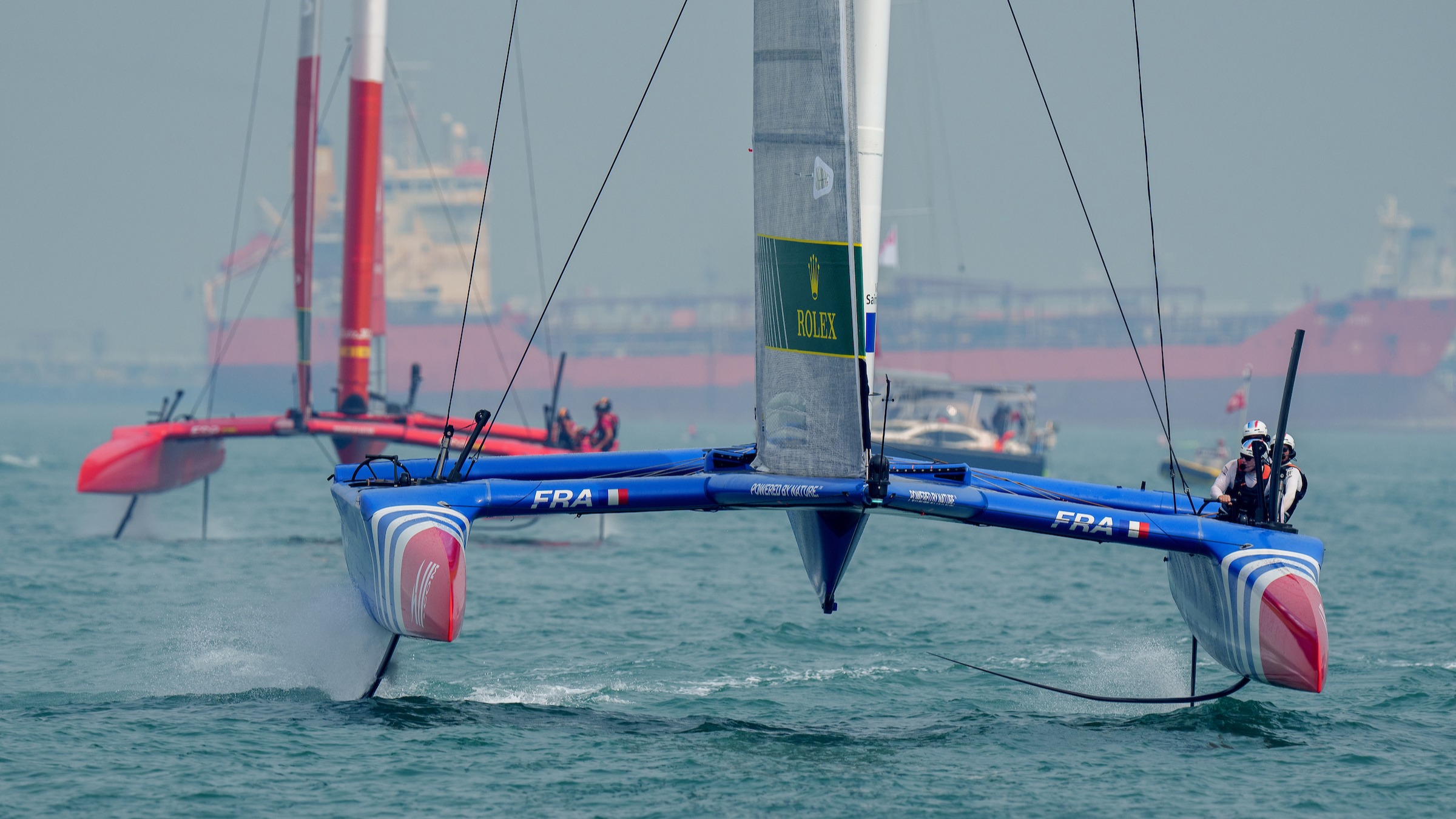 But it was the Aussies who managed to find clear lanes and make solid starts, resulting in a steady march around the racecourse to come top of the leaderboard 18 points.

All is left to play for on the second day of racing however; the rest of the pack is tight, with just two points separating Great Britain in second and New Zealand in sixth.

Ben Ainslie’s team benefited from the return of strategist Hannah Mills to pick up a fifth and third place, finishing the day tied on 14 points with Phil Robertson’s Canada. 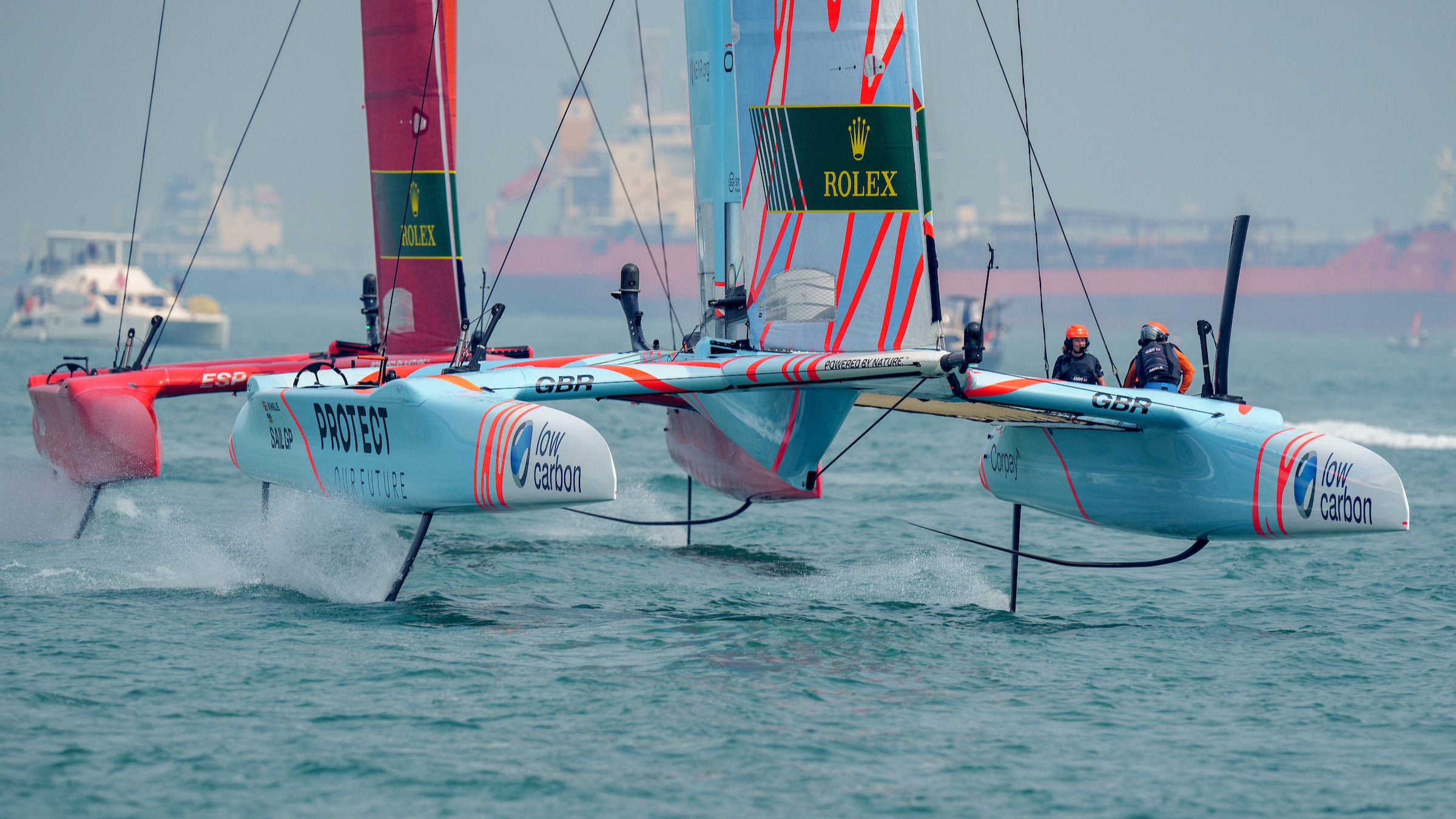 The United States meanwhile bounced back after a poor eighth place finish in the first fleet race to triumph in the second, finishing the day tied on 13 points with Nicolai Sehested’s Denmark.

New Zealand, which started racing with -4 points after picking up a penalty for a pre-race collision with the United States, was left with a mountain to climb.

But a calm performance from the Kiwis paid off with the first fleet race win. A painful penalty early in the second race looked to have scuppered their chances, but they battled back to come fifth, finishing the day in sixth overall with 12 points. 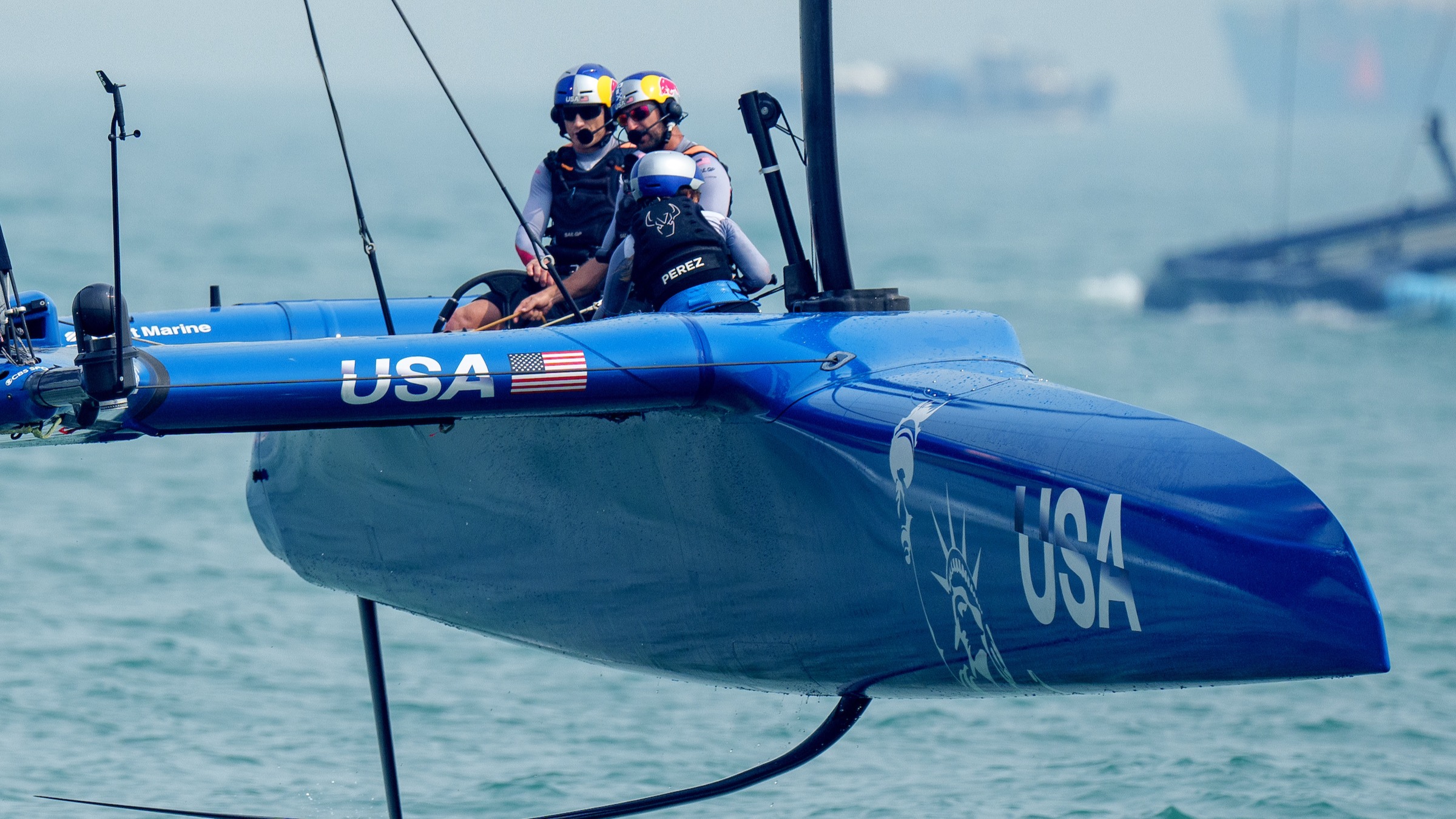 It was a tough day on board the French F50 however, with Quentin Delapierre’s crew struggling to navigate the turbulent conditions.

The team finished the day with a seventh and ninth place finish, leaving them bottom of the leaderboard heading into day two tied with Spain on six points.

Racing resumes at 14:00 SGT on Sunday January 15. Tickets to the Singapore Sail Grand Prix are available HERE. Full broadcast information and How To Watch details are HERE.